The Frenchmen Museum pays tribute to the thousands of men and women from Flanders, the so-called Fransmans, who until the 1960s went to Northern France to work there. They mainly ended up in sugar beet cultivation: from weeding in spring, until grubbing in autumn.

Walk along in the footsteps of the Frenchmen, from the village bar where they picked up their contract, their long journey on foot, by bike or by train, onto the French fields. The Frenchmen were often away from home for months, with one goal in mind: a way out of poverty.

The innovative museum features strong photos and astonishing stories. For children, there is the scavenger hunt with Louis: 'a young boy' who went along with his parents on campaign, 'straight through French territory'.

Together with the Westhoek KiD'S Jaek & Nink, the great children's friends of Westtoer, you meet the Frenchmen in a playful and educational way. 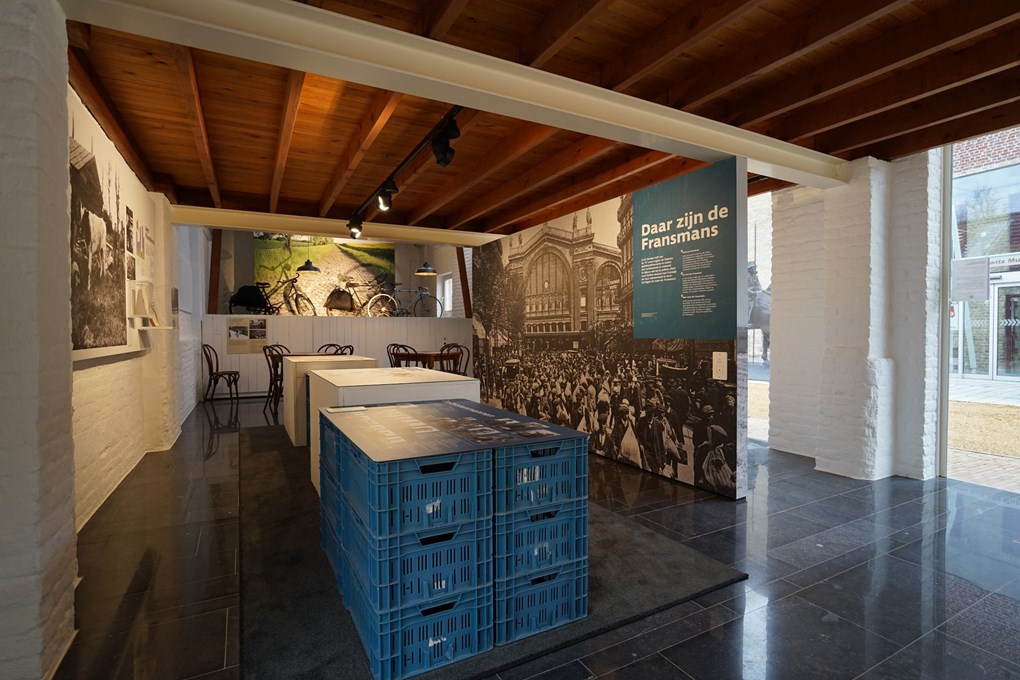 The Museum is wheelchair friendly.